Restaurant Meals: More Calories Than You Bargained For 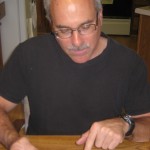 An article written by Michael Hill of the Associated Press and published in the January 8, 2010 issue of the Arizona Daily Star states that of 10 chain restaurants studied, menu items had caloric content an average of 18 percent higher than published. So it could be that that “500 calorie” burger actually has closer to 600 calories. Exact caloric content of foods can be difficult to control. One person’s application of mustard or mayonnaise to a bun may be done thicker than another’s. Then a  little bit larger bun or slice of meat can add up to even more calories. In the Arizona Daily Star article, Marion Nestle, professor of nutrition at New York University described nutritional labels as ballpark figures and not scientificially precise.  Even caloric listings on packaged foods at the grocery have been found to be up to 8 percent lower than actual.

Our tendency is to say “Oh well. What is another 100 or so calories?” I’m here to tell you over the long haul, every calorie counts. An excess of only 100 calories, consumed daily over a period of 1 year, will leave you almost 10 pounds heavier by the end of the year!

My recommendations? If you want precision  in caloric estimations, eat fresh and eat at home. When keeping food logs, restaurant going customers should record caloric values  that take into account this  average discrepancy (recording a 20 percent higher caloric value per item than is listed in published literature).